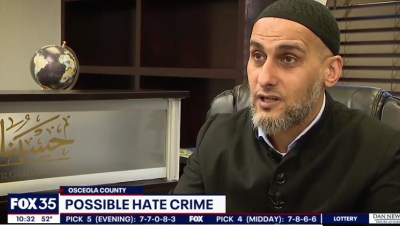 Threats recently made to the American Muslim Leadership Council has an Osceola County imam worried about the safety of his congregation.

According to Imam Helmi Agha, threatening voicemails have been left not only on the phone line at the American Muslim Leadership Center in Kissimmee, but also on his cellphone line.

“I was first notified about this from the office manager that there was a message left here. Then two messages came to my work phone, on my cellphone, with the threats to me personally and making threats against the center, the community, and at large, that theyll kill them all. They will burn this place down. They will shoot and kill everyone,” Imam Helmi Agha, the executive director of the center said.

“This will not be tolerated. Especially with the events that have taken place all around the country of attacks at churches, Islamic centers, synagogues, Jewish centers, and these threats are serious,” Imam Helmi Algha said.

“His words keep ringing in my ears, you know, the ‘Well shoot you down, Im going to kill all your people, Im going to burn your place down, its very, very scary.”