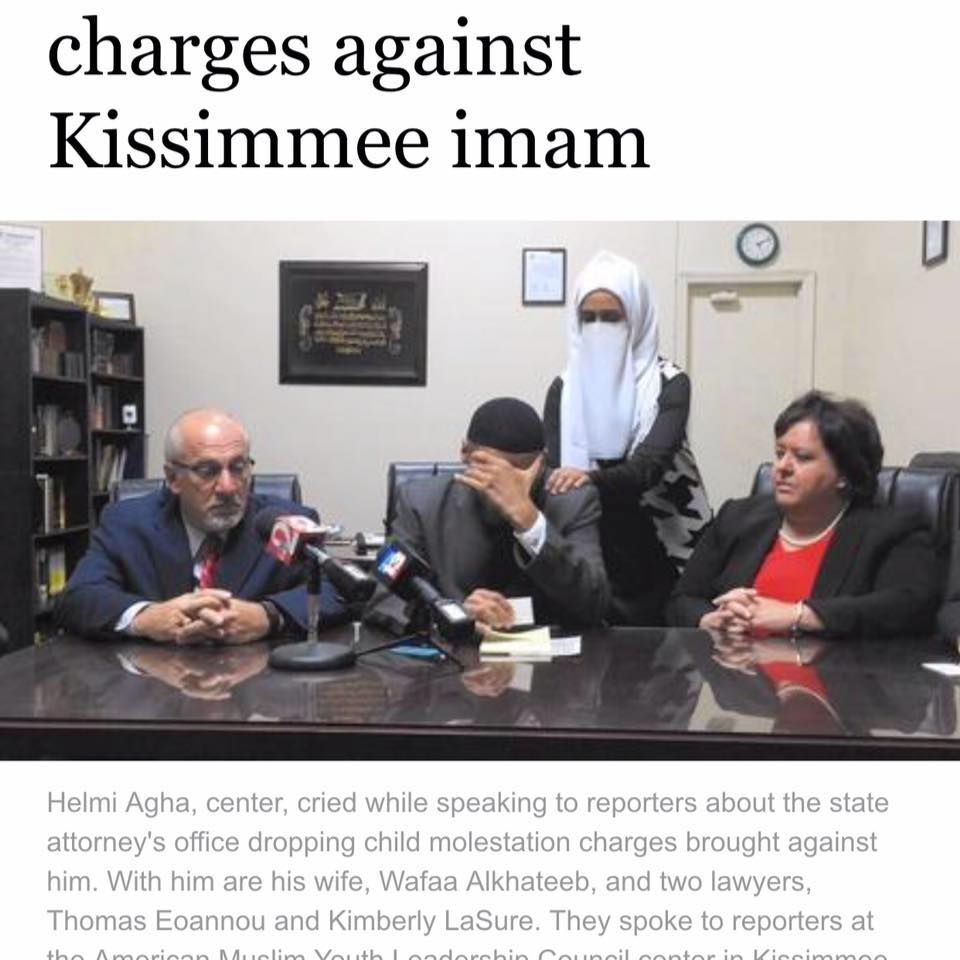 In March Osceola County Imam Abu Farah Helmi Agha was watching his world fall apart when a teenage girl accused him of molesting her.

He was arrested on multiple felony charges and faced life in prison if convicted, but on Tuesday the Florida State Attorney’s Office dropped every count against him.

“The state discovered the victim had several inconsistent statements,” the office said in a statement. “It also appeared that some of the descriptions she gave investigators about events appeared to be similar to a story she had downloaded from the Internet.”

Agha, a father of four daughters, is back to work as an imam at the Islamic Center on U.S. 192 in Osceola County. His immediate goals are to reconnect with the community and clear his name.

It is a relief to have the charges dropped, but the damage to his reputation and his family has been done, Agha said.

“Somebody told my daughter, ‘Your dad is not an imam. He was just in jail for doing something to a little girl,’” he said, crying.

The State Attorney’s Office did not give any information on what may have motivated the teen to make the accusations against Agha. His attorney said they may never know.

“Young people have problems in life and some people do it for attention or reasons we, frankly, never understand,” attorney Thomas Eoannou said. “What we do know is these allegations happen all the time and sometimes they’re false.”

Agha said he will use the hard-learned lessons from this difficult situation as he goes forward as a man, father and leader.

“Don’t rush to judgement, don’t point fingers at people,” he said. “No one is immune but this is a lesson for all of us."

“God is good and in the end the truth will prevail.”