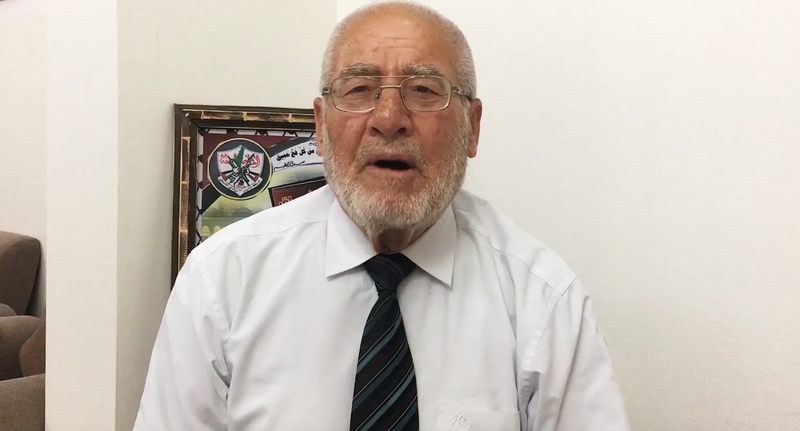 As a Palestinian reserve soldier in the Egyptian military Omar al-Agha excitedly put on his military uniform and grabbed hiweapontoconfront “the enemy.” That was 50 years ago, when Israeli troops conquered the Gaza Strip along with the West Bank and parts of neighboring Arab states in the 1967 six-day war

But the Arabic-language teacher never got a chance to fight. Many members of his group of Palestinian forces trained and commanded byEgypt fled or went into hiding to avoid being captured by the Israeli army, which rolled into Gaza and advanced to the Sinai peninsula

“I call it the six-hour aggression,” he said, because Gaza was conquered in a day. “The Israeli forces entered, (deceptively) raising Iraqi and Algerian flags on their tanks so they found cheerful people welcoming them, not resisting them”

On June 5, 1967, al-Agha, who was positioned in Khan Younis, his hometown in the southern Gaza Strip, woke up to find the Israeli troops already past the defensive trenches they prepared. “The Egyptian army was gone. The Palestinian army was gone,” he said

.“We did not find our commanders and there were no communications,” he said

Taken by surprise, al-Agha, then 27, spent the first few weeks after the Israeli occupation of Gaza hiding in his family’s massive orange orchard. He said he was “confident” the occupation would be short-lived but “eventually we had to recognize this reality”

Now 77, he says Gaza has never seen as good time as the 10 years before the 1967 war, when Gaza was under Egyptian rule. He was a teacher, who lived a routine but peaceful life, he said

“Those were the most beautiful years socially and economically. There was safety, stability and prosperous trade,” he said. “Travelling was easy, unlike today. I feel pity for the youth of today”

After 1967, “a new chapter of worries and plights for the Palestinian people was opened. We are still suffering its effects until today,” he said